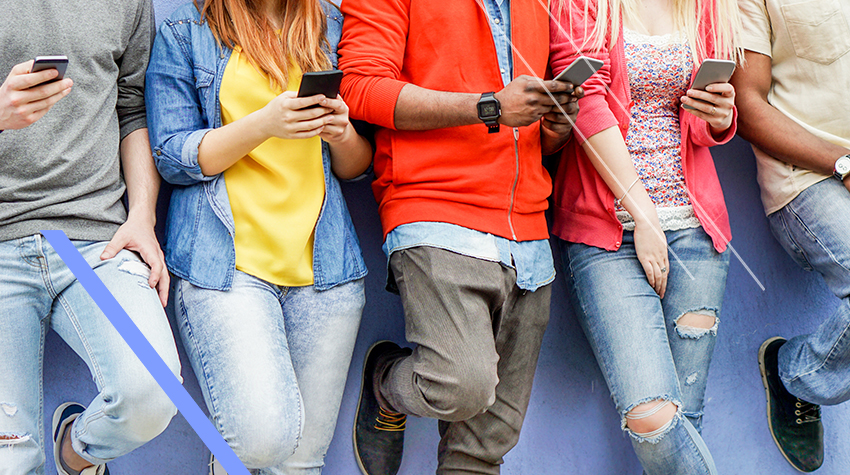 During a global online survey in the Q2 of 2017, it was found that 52% of the respondents use their mobile phones to watch movies/videos online. (DailyWireless)

And since this stat is now a little older- it’s fair to say this is likely to have gone up even further, as video continues its exponential growth!

That’s a startling stat when you think about just how many people that actually is!

So, with a potentially untapped market of billions of people, video marketing is becoming a more attractive option than ever before for B2B companies looking to make an impact with their audience through interactive media.

Video Marketing is a really strong way to make a splash on paid mediums. We’ve seen videos perform substantially better than static ads in almost every case that we’ve tested it. Users are more invested and have already learned a bit about your offering, the value of CTA, and more.

Still not sure you can make an impact? Let’s look at three highly successful B2B video marketing campaigns and see if you change your mind.

Not only does Lucidchart’s video successfully explain the internet lingo which may bamboozle us on a regular basis, but it’s snappy, clear and entertaining whilst showing off the product to great effect. Lucidchart’s proposition is surprisingly simple; easier to use flowcharts for you and your team, and by associating itself with the latest in internet terminology, it successfully peaks the creative interest of Millennials everywhere.

One of the few B2B companies who has not only used celebrity endorsement to great effect but has also managed to target a highly engaged audience by leveraging a highly sought after prime-time advertising slot during the SuperBowl. In this series, actor Jeff Bridges explains how SquareSpace’s product (personalized website and domain hosting) allowed him to pursue his interest (a sleep album- yes, we had to google it too) and share it with the world. Other celebrities of note featuring in this campaign include John Malkovich and Keanu Reeves.

Jean Claude Van Damme, balancing on the wing mirrors of two Volvo trucks, driving backward, whilst doing the splits. If we said nothing else, that should be enough to pique your interest. As it is, this very clever campaign is yet again a great example of how the product’s key features are creatively showcased, in this case, the precision driving which is achievable with Volvo Trucks. Although the ad premiered in 2014, it’s still making waves with numerous parodies and often features within top 10 lists of advertising campaigns.

Want to know more about B2B video marketing and how to make it work for your business? Check out our new eBook, ‘Video Marketing 101: How video is killing the written word… and everything else!’ here. If you’re in the market for some video marketing yourself, don’t hesitate to contact us and see how we can build a creative partnership!

How the subscription economy is transforming the B2B revenue model

The subscription economy is defined as a model where customers pay a recurring fee at regular intervals (weekly, monthly, yearly, or just based on a customer’s usage) to

How to Build a B2B Digital Revenue Team

B2B buyer behavior has changed, but organizations have been slow to transform their B2B revenue team function to deliver the customer journey experience demanded by the contemporary marketplace.

B2B buying has changed - but not many B2B businesses have caught up. Most budget is spent on generating and converting leads, when the focus really needs

The subscription economy means B2B marketers need to rethink their approach, and build a marketecture that has the scope to complement every stage of the customer journey, from