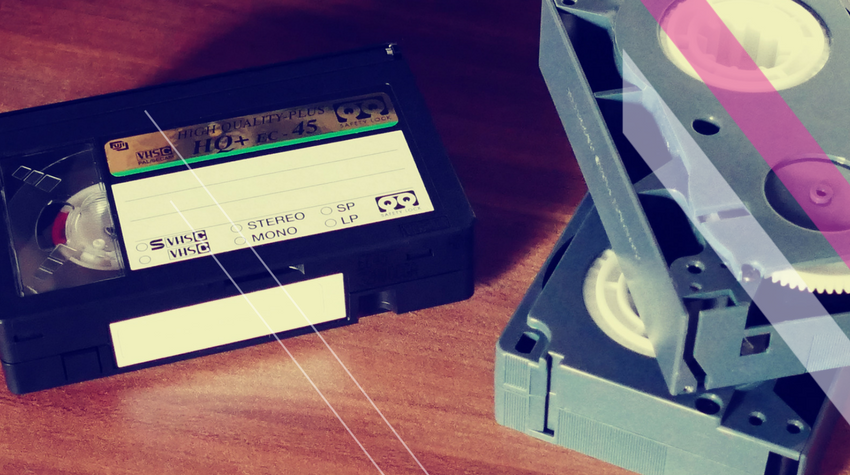 So, let’s talk about video. It’s everywhere! In our instant messengers, on our phones, heck, it’s even on our watches (it really was just a matter of time). There’s no point in denying it. After killing the radio star in the 70’s, video is now slowly but surely taking over the world and sticking its knife into the written word.

Now, as someone who’s a bit of a traditionalist (for a 25 year-old anyway), seeing this transition happen before my eyes is a little bit overwhelming. With an education dominated by written communication and little experience of the world of YouTube and beyond, my exposure to the realm of video so far, has been minimal at best.

Writing and performing the odd script here and there has certainly helped, but so much goes into the production of a video beyond the writing and delivery. I felt I needed to take a step further and experience the ins and outs of the format for myself.

Armed with nothing but my trusty cell phone, a tripod and a couple of low-budget lights, I set out to make my first solo video.

Here’s what I took away from the experience…

1. The script is longer than it looks

Controlling the length of a written piece of content is relatively easy. Once complete, it can usually be edited down while remaining fit for purpose. Unfortunately, when it comes to video script, it’s not so simple. Predicting the time it takes to deliver a script is tough, even after reading it out loud, my estimates ended up being over 20% off the final runtime. In the future, I’m going to build this extra time into my estimates and adapt the script accordingly before shooting.

2. Basic editing isn’t as intimidating as it first seems

From the outset, my biggest concern around creating video content related to editing what I produced. Editing has always come across as quite a complex process, but with the help of Adobe Clip, I was able to edit and splice my 4-minute video together in under half an hour. The basics were surprisingly easy to pick up.

3. Working as a team of ONE has its advantages

Unlike the production of written content, the creation of video is often a multi-person affair. With lighting, direction, audio and performance to consider, it typically requires a co-ordinated effort, and at times this is where some of the greatest challenges arise. I know for a fact, remembering a script under pressure of watchful eyes is a hell of a lot more difficult than remembering it in my own time. Having the flexibility to work at my own pace gave me a sense of freedom and ensured I produced my best work.

My aim from the beginning was to create the most professional production I could with the skills and knowledge I had at my disposal. This meant ensuring consistency wherever possible, a challenge I severely underestimated. My greatest obstacle in achieving this objective… facial hair. Yes, you read that right. Filming over the space of 2 weeks, I found maintaining a consistent level across the shoot rather challenging. In the future, I’ll be remaining clean-shaven from the start.

5. Perfection is the enemy

When it comes to creating a written piece of content, the push for perfection can in many cases be a powerful ally. Applying that sharp attention to detail can often turn a good piece of content into a great one. Unfortunately, when it comes to video, this dedication to enhancing every little detail delivers severely diminishing returns. In many instances, I found the incremental improvements I made were just not worth the time it took to make them. In the end, I asked for a 2nd opinion to determine what genuinely needed improving, this helped me to determine where to draw the line on the final piece’s quality.

With the first video under my belt, I already feel so much more familiar and comfortable with the video format. There’s no doubt I made mistakes in its creation, but the lessons learned will almost certainly improve the next one. I’m now looking forward to taking the next step and putting my learnings into practice. Now if you’ll excuse me, I’m off to shave.

7 steps to make video marketing a success in 2021

*This blog was written in 2018 and updated in December 2020 in line with changes driven by COVID-19. Video is awesome. It’s engaging, emotive and mega-easy to consume.

Let’s cut to the chase. Scoping out large pieces of content is tough. Even when you know exactly what messages you want to push and the overall purpose

There’s no doubt about it, music in the workplace can get the creative juices flowing and improve productivity, but for me, the type of music is key. With